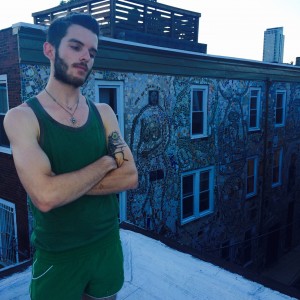 Do you shop, donate or volunteer?
I shop here. I volunteer here, sometimes, but I was recently hired onto the staff about a month ago.

Oh, congratulations. What is your new title?
Paid Sorter.

What keeps you coming back to our store?
The enviroment, the people. Everyone’s work ethic is really inspiring to me.

What’s your favorite thing you bought here?
Oh! I don’t know! I bought a lederhosen, which was really cool. I’ve gotten a lot of vintage stuff, which is nice. I got these perforated vintage shoes which are in a cream color. They’re like dress shoes, but there’s mesh, so it doesn’t feel like you’re wearing shoes.

Oh, that sounds great for summer. Speaking of summer, how do you pass these long summer days?
I garden a lot in the summer. I drink lots of iced coffee, fight sleep every night I can. In the summer, everyone I know has so much free time whereas I have three jobs. So I try to stay up and see a lot of people I don’t see during the school year.

What’s the #1 top played song on your iPod?
It’s constantly changing. Lately I’ve been listening to this fusion–it’s probably the gayest song in the universe. It’s a fusion of Cyndi Lauper and Whitney Houston called Girls Just Want to Dance with Somebody.

What’s your favorite kind of tree, and why?
Oh, that’s a good question. There’s so many different kinds of trees. The Southern Magnolia is the state flower of Mississippi where I was born and that’s a great tree, great climbing tree. But I also like…That’s an awful question to ask me since I’m a gardening enthusiast.

But you just said it was a great question. 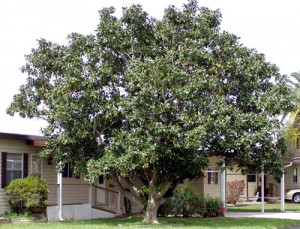 It is a great question to ask but not to answer because there are so many trees I like!

(Without exaggeration, Hayden went on to name 27 trees that he liked.)

Do you feel confident that if you were asked on a game show to name as many trees as you can, that you would out-name your competitors?
Probably. At this point, I’ve obsessed over enough trees that I could do that. Add that to my resume.

Do you have any lucky items, mannerisms or traditions?
As far as mannerisms, in the morning I usually drink a crap load of water because my parents were on this raw foods diet that suggested it. Usually I’m not as hungry when I’ve had the water.

Can you taste the difference between Coke and Pepsi?
I can tell the difference but I don’t really like soda, though. I stopped drinking soda regularly like three years ago. But sometimes I cave and drink a cream soda or some ginger ale.

Now, is a picture really worth a thousand words?
Yeah, I’d say so. Maybe it would range between one word and a thousand or more words.